There is No Wheel is now live! 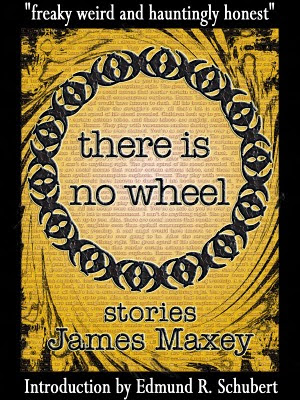 There is No Wheel is now live on Kindle and Nook.

This eclectic collection of the best of my published short stories mixes science fiction, urban fantasy, superheroes, and ghost stories… sometimes all in the same tale.

The stories included are:

To the East, a Bright Star: A former circus aerialist rescues a girl from an abandoned building in the face of the ultimate natural disaster.

Silent as Dust: A tale of Seven Chimney’s, a haunted house with one ghost too many.

Final Flight of the Blue Bee: The Blue Bee’s former sidekick, Stinger, is released from prison after forty years. He sets off to find justice with a scheme involving a venom gun, a suitcase full of twenties, ten million bees, and a hostage.

Empire of Dreams and Miracles: A tale from the future Atlantis glimpsed in my Bitterwood trilogy. What is left of a human life once all the great struggles are gone?

Return to Sender: Crystal Lance is a half-breed angel assigned to root out a demonic cult in a small college town. The monks who’ve raised her have trained her in martial arts and taught her the true names of the 7,777 heavenly powers. But can Crystal’s holy mission survive the temptations of coffee, pizza, her first kiss, and Elvis?

Pentacle on His Forehead, Lizard on His Breath: A junkie uses drugs and magic to search for his dead father. Will he still be sane enough to deal with the consequences when he finds him?

To Know All Things That Are In the Earth: In the aftermath of the Rapture, a scientist attempts to understand the mind of God through the autopsy of an angel.

Echo of the Eye: In a town of famous for its barbeque, the local butcher is a vegetarian. Mostly.

Where Their Worm Dieth Not: Atomahawk! She-Devil! Retaliator! The most powerful members of the Law Legion must unite to thwart the villainous scheme of the Prime Mover, until Retaliator discovers that they may be in the grip of an even more insidious evil.

Perhaps the Snail: A young woman is invited back to the trailer of her pop-star idol for a sex act involving a silver tray, a wine bottle, a pistol, a large pink snail, and sudden brief glimpse of the entirety of creation.

A word of caution: Many readers know my work from IGMS, which has PG13 guidelines. If this collection were a movie, it would definitely be rated "R," and maybe even "NC17." The last three stories in the collection have scenes of bondage, cannibalism, torture, and somewhat detailed descriptions of reproductive anatomy. I believe I have handled these elements with a certain level of restraint. I included these elements not to shock or titillate, but because they serve the larger purpose of the stories as I give my very best attempt possible at capturing the human condition as I understand it. I may write smut but I don't write fluff.

But, this is the heart of a future essay about the art of the short story. Watch this space.
Posted by James Maxey at 8:27 AM