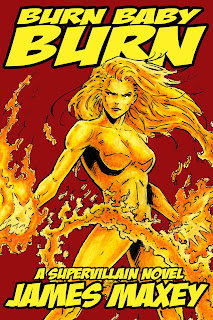 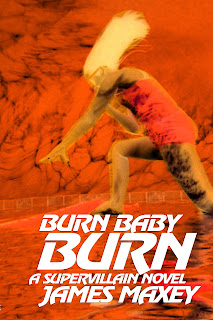 Most of my titles have been available for the last few years via a company called CreateSpace. They were already owned by Amazon by the time I started doing business with them. Amazon is now phasing them out and will be handling all printing through Kindle Direct Publishing. Today, I transferred all my titles from the old website to the KDP dashboard, a relatively pain free process. Afterwards, I went back to CreateSpace and printed off five years of sales and purchase data in case it suddenly disappears one CreateSpace is completely gone.

I'm always looking at my sales data, of course. Maybe a little too obsessively. I mean, in traditional publishing, you go six months without seeing sales data. Now, I look at sales maybe six times a day. Which is crazy. But that's another essay.

This essay is about something surprising I discovered when I pulled all my CreateSpace sales data. In ebooks, my dragon stuff is far and away outsells my superhero titles. But it turns out that as far as what people order online in print editions, my supervillain novel Burn Baby Burn has had the best cumulative total of any of my print on demand books, beating out Bitterwood: the Complete Collection by forty total sales over it's lifetime, not a giant win, but, still, I was  surprised. Burn Baby Burn has never been a best seller. It usually only logs single digit sales in the paperback version every month, but the every month part is important. Over the long haul, it's earned more than I got as an advance for either of the first two novels I sold to traditional publishers.

This is important to me because Burn Baby Burn was the first title I didn't even try to shop to a publisher or agent. It was too quirky to pitch, and had too much personal meaning for me not to write it. A traditional publisher would likely have taken the book out of print years ago. But the fact that it keeps selling is rewarding. Some books just need time to find their readers. I'm glad I came into publishing at a time when a quirky title like this had a chance at life. I'm also glad it opened a career path to me I didn't even dream of fifteen years ago when I first saw one of my books in a bookstore.

If you've never read it or even heard of it, you're missing out on a pretty special book. It's a Bonnie and Clyde love story between two supervillains on a crime spree. Neither Pit Geek nor Sundancer are particularly lovable. They kill a lot of people during the book, and Sundancer feels like a bit of an underachiever for not killing even more. Anyone can write a love story about lovable people. The fact that Pit Geek and Sundancer are so damaged and dangerous makes the way that love changes them during the book particularly meaningful. And Sundancer is dying of cancer, facing her mortality. Pit Geek is trying to come to terms with her looming death. It's sometimes hard for me to reread. I put a lot of my own emotional journey into these pages.

Also talking chimps. It's not all gloomy. In fact, it's pretty funny from end to end. It has possibly my favorite opening line of any of my novels: "Sunday Jiminez was fifteen when she killed her first nun." Also my favorite closing line: "He'd gotten out alive." The stuff in between is pretty swell as well. Seriously. Check it out. Wait, don't check it out. Buy it!
Posted by James Maxey at 6:16 PM 6 comments:

With a new Bitterwood book coming soon, I thought this would be a good time to post a bestiary of the various races you encounter in the novels:


Sun-dragons are the lords of the realm, possessing forty-foot wingspans and long, toothy jaws that can bite a man in half. Sun-dragons are adorned with crimson scales tipped with highlights of orange and yellow that give them a fiery appearance. Wispy feathers around their snouts give the illusion that they breathe smoke. Though gifted with natural weaponry and a tough, scaly hide, sun-dragons are intelligent tool-users who recognize the value of using spears and armor to enhance their already formidable combat skills. Politically, sun-dragons are traditionally organized under an all-powerful king, who, by rights, owns all property within the kingdom. A close network of other sun-dragons, often related to the king, manage individual abodes within the kingdom. The current “king” is Hex, the only surviving son of the old king Albekizan. Hex is a political radical with anarchist leanings, and as a result of his refusal to perform the duties of a king, the sun-dragon political structures are currently in great disarray.


Half the size of sun-dragons, sky-dragons are a race devoted to scholarship. Most male sky-dragons dwell at colleges built around large libraries. Their leaders are known as biologians, a position that is part priest, part librarian, and part scientist. Most male sky-dragons distain combat, but a few are selected to either serve in the king’s elite aerial guard, or if they show a talent for brutality, become part of the ranks of slave-catchers than keep human slaves compliant. Sky-dragons practice strict segregation of the sexes. The females of the species dwell on an island fortress known as the Nest, defended by fierce warriors known as valkyries. The scholars among the females tend to focus on more practical disciplines than their male counterparts, and are particularly well known for their talents as engineers.


Wingless creatures, earth-dragons are humanoids with turtle-beaked faces and broad, muscular bodies. They are much stronger than men, but also much slower. As a race, they have few valuable skills beyond their enthusiasm for hitting things. This makes them excellent soldiers and decent blacksmiths. Except for the rare periods of time when earth-dragons are in heat, it’s nearly impossible to tell the difference between the two sexes of earth-dragon. They are the only dragon species to lay eggs instead of producing live birth. Very rarely, some earth-dragons are born with a chameleon mutation that allows them to blend into their surroundings. These mutant dragons are also smarter and faster than their brethren and are usually recruited to become assassins for the dragon king, serving in a greatly feared unit known as the Black Silence.


Humans live in the margins of dragon society as slaves, pets, and prey. The sun-dragons tolerate their existence primarily because of mankind’s natural talent for farming; the labor of humans keeps the bellies of dragons full. Humans are generally peaceful and harmless in small, isolated groups, but quick to war with other tribes. Recently, a prophet named Ragnar united many of the men in the kingdom into a rebel army. The rebellion successfully seized the town of Dragon Forge, and a man named Burke is using the town’s foundries to create new weapons that may forever alter the balance of power between man and dragon… assuming the humans can resist their natural urges to go to war with themselves.


The product of centuries of careful breeding, ox-dogs are the largest canine species ever to exist, standing nearly six feet high at the shoulder. Despite their fearsome build, most are docile in temperament, though earth-dragons often train them for hunting and have taught some to have an appetite for human flesh.
Posted by James Maxey at 5:31 PM No comments: