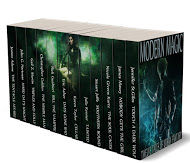 Posted by James Maxey at 6:30 PM No comments:

366 Progress Report. Also, I just had a story published...

I reached the end of April with 135,256 for my word count. This includes the penalties I give myself for drafts (for instance, the fourth draft of Cinder I counted as 20% of total word count), but also some bonuses like credits for submitting stories, and also for selling a story.

In fact, that story appeared at IGMS a couple of weeks ago. It's a sign of how bad I am at self promotion that I just now remembered that as worth mentioning on my blog. The story in question is Cherry Red Rocket Ship, a tale I wrote years ago as a 2500 word space opera parody/tribute. I took another look at the story last year and realized that what was holding it back was the complete absence of any backstory for the protagonist, which left him very two-dimensional. Crafting his backstory also helped me flesh out the world building, and now, while the story is still humorous, it's not just the humor that carries it. You can read the story here.