An essay by your's truly has just gone live on the Sideshow Freaks blog. I was asked to write the "story behind the story," explaining what motivated me to write "Return to Sender." I was going to write "So IGMS would send me another check," but that didn't really get to the heart of it. So, for a slightly meatier bit of literary introspection, click here.
Posted by James Maxey at 1:18 PM 1 comment: 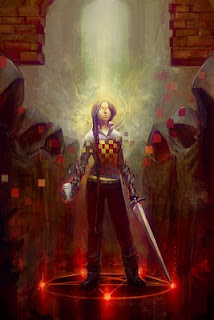 Return to Sender is now live at IGMS! It features absolutely gorgeous art by Julie Dillon, who has completely captured the spirit of the tale.
It's the tale of young Crystal Lance, the world's last Knight Templar. Raised in remote monastary since birth, her first journey out into modern America in an undercover mission to bust up an evil cult has her struggling with a fair amount of culture shock along with hell-spawned monsters. She's been trained since childhood to fight dragons, but can her spiritual faith survive sexual attraction, rock and roll, and coffee?
Posted by James Maxey at 6:39 PM No comments: 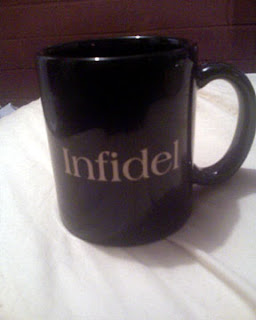 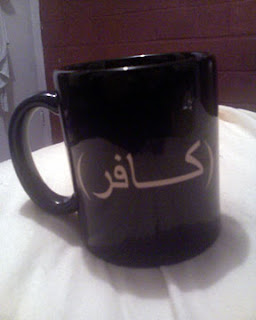 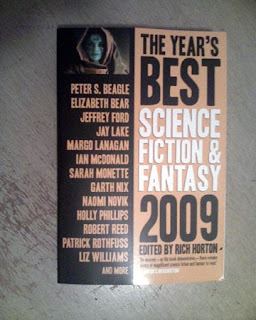 Posted by James Maxey at 9:48 PM No comments:

Happy New Year, dragon fans. I had two giveaways going on for today. Robo-Bobo, my name-picking cyber-monkey was tough to start today. I think he overdid it at the New Year's Eve party last night. It took several bottles of banana oil and three solid hours of cursing before he finally sputtered to life and produced some results.

First, there were three winners in the drawing for John Brown's "Servant of a Dark God" contest that I had announced in my book review column over at IGMS. The three winners are:
Elektra
Danielle Friedman
Jesse Whitehead

Next, Robo-Bobo returned to the digital hat to produce two winners of the Shimmer Clockwork Jungle Book. The two copies will go to:
Ann Perry
L Chetsko

Congrats to all the winners! I'll be notifying you via email later tonight/early tomorrow.
Posted by James Maxey at 7:18 PM 1 comment: