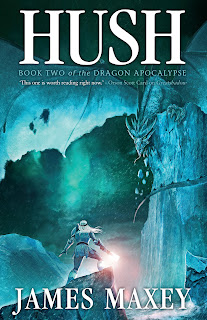 and my Book of the Month selection; http://www.fantasybytes.net/2012/06/book-of-month-james-maxeys-hush.html