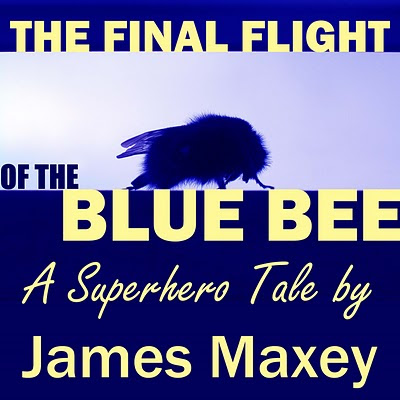 Getting my novels available in various e-book formats is one of my top goals of the summer. My former agent had the wisdom to retain the digital rights. I've since had an offer for the rights, but felt like the royalties offered were rather slim when compared to the direct slice I could earn if I published the books myself. I don't think self-publishing books that have already been professionally published carries the stigma of vanity publishing. The only thing that has held me back to date has been ignorance and sloth. This is true of very many areas of my life, but, specifically, I didn't know how to go about converting my books to digital format and I didn't know if the money that could be earned would be worth the effort. I did know it wouldn't be a trivial investment of time. All of the dragon age books and Nobody went through final edits in PDF format. This means I don't have the final edited word files on any of them, and will need to revise and edit from the last Word files I have available. In the case of Nobody, I may actually have to scan in the book and deal with cleaning up the OCR scan, an extremely tedious task.
Fortunately, years of working as a professional writer have toughened me for the task of working insanely long hours on projects for which I may see only meager rewards. I don't expect any of my ebook offerings to make me rich, but I do think I'll benefit from the "long tail" effect. It may be I only sell a few dozen digital copies each year of any given title, but, since there's no cost for storing the stock, those sales can persist year after year and, in the long run, amount to something. And, I never have to worry about the book selling out a print run, the way Bitterwood has twice now, leaving gaps where it's unavailable to those interested in reading it.
Which leaves me mainly with a knowledge gap of learning how to format and upload files to the various formats and outlets. My first target is to get my books available on Kindle, which seems to be the market leader, both in the stand alone readers and in the free software on various platforms, including Android phones. I tried reading some other authors advice on publishing on the Kindle, but wasn't happy with any resource I found. Some were too technical, talking about XML tags, whiles other were too vague and general.
So, I decided that the best way to figure out the process was just to plunge ahead and do it. I decided to start with a short story, "Final Flight of the Blue Bee," and make it available for just 99 cents. This is the minimum price you can charge on the Kindle. FFBB is a story that originally was published in Asimov's and has since been reprinted twice. It's a superhero story, so it should appeal to readers who enjoyed Nobody Gets the Girl. And, since it was under 8,000 words long, the editing task of converting it to HTML didn't seem to great a task.
And, it wasn't! I just saved as HTML from the file menu in word. Well, duh. I was still worried that when I uploaded the file, I'd get strange formatting errors. Nope! It converted over just fine. Now, admittedly, I didn't do anything fancy. There's no table of contents, like I plan to put in my novels, hyperlinking to the chapters. Still, I was worried about really basic stuff, like whether paragraphs, quotations, and em-dashes would convert well, and they did.
So, as of today, I have my very first Kindle offering available. Click here if you'd like to see the amazon page. Cool, eh?
Now that I've learned that the technical side is relatively easy, I'm ready to tackle the novels. No small task; all the dragon books are in the 120,000 word range, so the sheer mass of reading through them again is going to take some time. But, I'll keep readers here posted on my progress. My first target will be Bitterwood. Hopefully by the time I've got all four novels available, I'll have some further news on Greatshadow.
Posted by James Maxey at 5:42 PM

James, I think there's a way to "break open" (for lack of a better term) PDFs so that you can access the text and don't have to reconcile a Word document to it. I'm not entirely sure how, but I remember some techie friends having done it.

Actually, it's not tough at all. If you have a full copy of Acrobat, you just use the "save as" command and save it as text, rtf, or whatever. But, this almost always results in strange formatting errors, mostly wierd line breaks and run-together words that probably are caused by the PDF being justified. And, more to the point, the PDFs I have in my possession aren't the final PDFs that saw print, they are the proof PDFs I had to read and edit. So, even if I converted the text, I still have to make the edits.

Finally, especially with Bitterwood, I plan to make some revisions. Since I wrote Bitterwood as a stand alone book rather than the start of a series, it contains some information that I contradicted later in the series. Most notably, I hadn't yet figured out the odd breeding practices of sky-dragons and earth-dragons. I don't have to make a lot of changes, just tweak a few paragraphs here and there to fix the continuity with later books. I may also alter the final scene of the book to make a better hook for the next book.

I'm glad you liked the Blue Bee artwork! One of the drawbacks of self publishing is being responsible for my own covers. Cover creation is an artform of it's own; hopefully, I can learn to fake a talent for it.

Hey, James. Been wanting to read this for a long time. Your story is what finally convinced me to go ahead and download the Kindle for PC app.

I'm toying with going the same (self-pub) route with a novel I've written, and I feel your pain on the cover thing.