Dragonseed is live on Kindle! 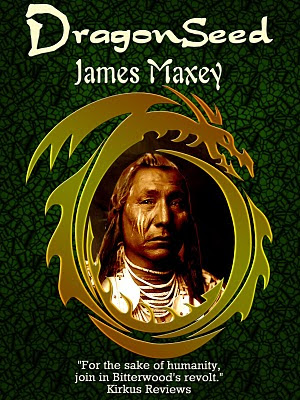 Dragonseed is now live on kindle! At least in the US; still hasn't shown up in the UK, but I assume it will pop up soon.

The next phase of my ebublishing journey will be to make the books available on other platforms like Nook. Then, I have some decisions to make. There's an unpublished prequel to Bitterwood already written called Empire of Angels. The previous Solaris editors passed on it because it's nakedly science fiction instead of fantasy that's secretly science fiction. It's never been professionally edited and it was written before I wrote the trilogy, so it's going to take a bit of work to get it polished. On the plus side, it would be the fastest path possible to get additional material for the Bitterwood universe into the hands of my readers, and I'm curious to discover whether a book that has never been available before will sell more copies on Kindle, or less.

Then, of course, there's Nobody Gets the Girl. The challenge with Nobody is that I had to OCR scan the physical book, and now face the truly icky task of fixing all the errors that OCR scanning introduces into text.

Eventually, of course, both projects will come to fruition. One will happen before the other. Figuring out which one is the choice before me.

Finally, while I have no actual news about when I'll have another "real" book coming out, I have just spent three days at the World Fantasy Convention talking with agents and editors, including some excellent conversations with the new Solaris editor Jonathan Oliver. So... stay tuned!
Posted by James Maxey at 4:46 AM 2 comments: 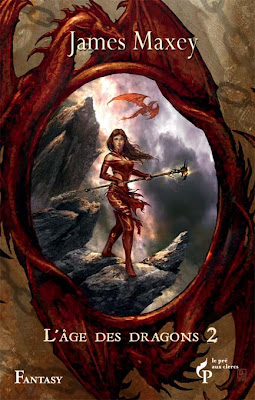 The French version of Dragon Forge will be released next month. Above is the cover art. My feelings are best described as mixed. I think this is a very nice cover for a fantasy novel, it just doesn't have very much to do with my particular book. Assuming that's Jandra, she doesn't carry a staff at any point in the book, and her outfit doesn't resemble anything I describe her as wearing (and the skin showing contradicts my description in the book of her dressing modestly). And, of course, the dragon in the background doesn't match my dragon design at all.
On the plus side, even though you can't see it in this image, the title of the book will be Dragon Forge rather than Dragonforge. Dragon Forge was my title for the book, but Solaris overruled me and named the book Dragonforge because, and I swear this was the actual logic, the first book had a one word title, so the second book needed a one word title. Since Dragon Forge was the name of a town, I wanted it to follow the naming convention of actual American towns like Valley Forge, Clifton Forge, Pidgeon Forge, etc. You can't see the title in the image because it will be imprinted in gold, which will be a different printing plate than the artwork. I was sent a PDF of the gold text, but when I try to rasterize it in photoshop and overlay it so you can see the whole image, I'm getting rendering errors. No big deal.
I also owe people an update on the progress toward releasing Dragonseed on Kindle. I blew my September goal because I spent most of the month working on my first short story in almost a year. I used to write a dozen new stories a year, but for the last two years my output has fallen to one or two a year. There are several reasons for this. Reason one, of course, is that novels just pay better than short stories, or at least have that potential. Last year and this year I wrote 115,000 words through three different drafts to produce Greatshadow. If an average short story is 5000 words, in theory this was the same effort as writing 23 short stories. But, the reality is, writing 23 short stories would be a gargantuan effort compared to writing one novel. Coming up with 23 main characters, 23 distinctly different plots, and 23 settings in a one year period would require superhuman effort. Of course, I say this aware that there are superhumans among us. Harlan Ellison at his peak could probably have cranked out 23 short stories in a day if he'd tried. But, I'm setting a more modest goal of writing 6 short stories over the next 12 months.
Back to Dragonseed: I promise it will be out in the next few weeks. I'm still not happy with my attempts at portraying Burke on the cover, and I'm determined this time to make my chapter headings consistent throughout the book, which means I can't rely on style sheets, which failed me on my Dragonforge conversion. Still, there's a very real possibility I'll have this ready by the end of next week, and then it will just be the matter of waiting for Amazon to post it.
I have a strong financial incentive to get this stuff ready quickly, by the way. My Amazon US kindle sales are okay, but my Amazon UK kindle sales are flat out amazing. Last week at one point the kindle version of Bitterwood was #4 in the Epic Fantasy category on Amazon UK. Today it's down to #14, but Dragonforge is at #6. I suspect that this may be a question of availability. There may be rights issues keeping more famous fantasy authors out of the Amazon UK store, so I have less competition. Whatever the reason, I've earned more from my ebook sales in the first two weeks of October than I did from my print sales for the last six months. Kindle rocks!
Posted by James Maxey at 8:24 AM 1 comment: