Cheryl took way more photos at the con with a much better camera (not to mention a much better eye for a good shot). Her Dragoncon gallery is up at flickr and you can view it here. It's the next best thing to actually being at the con.

I said you'd see more pirate photos. This is the first con where I've ever worn a costume, even if it was only half a costume. Not many pirates wear blue jeans and Reebocks. It was actually a lot of fun, though I was sweating like a ... a... guy who sweats a lot (sorry, my metaphor batteries are drained this morning). I was just wearing the shirt and the hat and worried I might pass out. I have no idea how the people who wear the heavy coats over the shirts and load themselves down with gear like swords and spyglasses manage to avoid heat stroke. Is there some sort of costume air conditioning system I don't know about?

Anyway, it was fun wearing the costume. I can see how superheroes get addicted to them. I wound up at my only panel during the con in costume. In all the cons I go to, I almost never see other writers dressing up (though I did see some at this con). They don't know what they're missing out on. Now, I wonder where I can get a pair of buchaneer boots.... 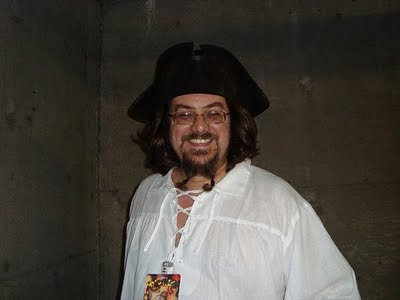 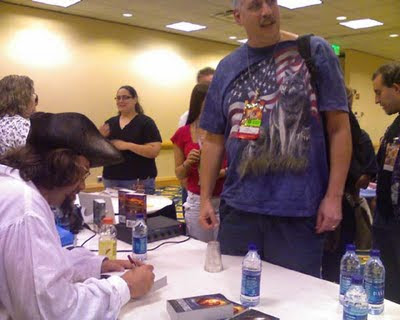 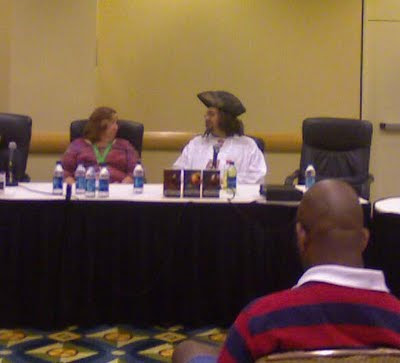 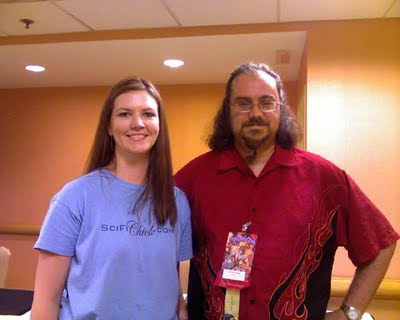 De-pirated, I had the honor of meeting the world famous SciFiChick! 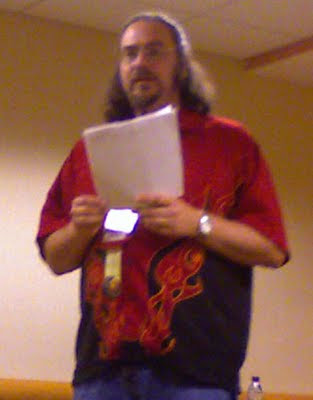 Here, I read from my WASF Award nominated short story, Silent as Dust. I had to read quickly. My shirt was on fire.
Posted by James Maxey at 6:41 AM