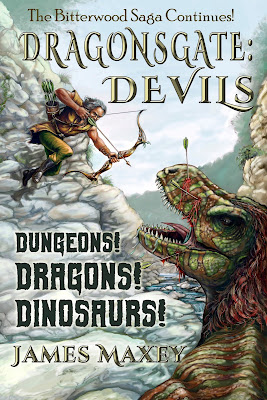 In the beginning was the nerd. I was that nerd. I was seventeen years old. I was a little short on practical knowledge, but I knew the secret identities of every member of the Justice League. I also could recite entire scripts of the Tom Baker Dr. Who episodes broadcast each day at 4pm on a PBS station in the next county. For those of you who never had the joy of climbing onto a roof to turn the antenna to stand at least a trivial chance of watching blurry images through bands of static, to follow the adventures of a guy with a long scarf and a robot dog, you don't know what you missed. Luckily, Star Trek was on a station actually broadcast in the county where I lived, so I had that to satisfy my science fiction cravings in a slightly less static filled manner. Don't ask, "Which Star Trek?" There was only one, and it's reruns were broadcast at 11pm on Saturday nights. Which was fine. Comic book collecting, Trekkie geeks who knew what all the letters in TARDIS stood for didn't get invited to a lot of parties.

And then, D&D. Dungeons and Dragons arrived at my high school in 1980. Comics and TV shows were mostly solo activities, but D&D required groups of friends. By the time I went to college, I had no reason to fear loneliness. I just posted a flyer on a bulletin board saying I was getting an AD&D campaign together. People showed up!

It was in one of these college games where I was the DM that I put together a team of evil characters to oppose my players. For weeks they'd run through dungeons hacking at skeletons and committing war crimes against orcs. Now, I wanted them to face a more formidable opposition, a group of characters with more skills and resources who were capable of working together to advance their evil plots. There was an anti-paladin, an evil wizard, a dark cleric, an assassin, and, to give the bad guys a bit of extra muscle, a red dragon named Ellison.

I'd had characters fight dragons before, but Ellison was the first time I really had to put myself into the character of a dragon. How did Ellison wind up working with these creeps? What was in it for him? Just what did dragons do with the treasure they hoarded anyway? Since dragons could talk, who did they talk to? Did they have families? Relationships? Were there entire dragon cultures hidden away in distant lands? Were the rare dragons that humans encountered outcasts from this larger group?

Dragons routinely slept on treasure piles filled with magic items. Ellison was smart enough to actually use the items he owned, including a wand of enlargement he used on himself in one battle to grow big enough to tear apart a castle. When he was hurt, he'd quaff down healing potions. If memory serves, I think he also had a ring of invisibility. Ellison was smart, he was often funny, and when he was finally killed by the adventurers who were hunting him, he was one of the first characters I'd created that I really hated to see go.

Fast forward a decade and I was still playing AD&D. After the games, my friends and I would sit around talking about the various computer versions of AD&D were never quite as good as the live games. This was before the immersive 3-d rendered worlds that followed games like Doom and Tomb Raider, so we were talking about how great it would be if someone could build an amusement park with giant animatronic dragons where you could go and get a real Dungeons and Dragons live experience. But, nerdy as I was, I felt like Disneyfying the dragons and monsters would be pretty disappointing, likely targeted at kids instead of edgy adults like myself looking for serious danger. What if, instead, you could use genetic engineering to blend together traits from existing creatures? Like, take DNA from a tiger, an eagle, and a alligator in order to get a big, agile, ferocious toothy predator? Wouldn't that be great? What could possibly go wrong?

And, "what could possibly go wrong," led to my original Bitterwood Trilogy, with it's genetically engineered dragons ruling over humans in the ruins of a post-apocalyptic America.

Still, it's been ten years since I wrapped up that trilogy. Why return to that setting and characters after all this time?

First, while I'd wrapped up most of the major plot threads of the original trilogy, there were still a few dangling strings. Graxen and Nadala, the sky-dragon lovers who'd been major protagonist in Dragonforge, had been banished from the kingdom at the end of the book. I kept wondering what had happened to them.

Second, I hadn't really ended the war between the human rebels and their dragon overlords. I'd ended the series with the conflict on hold. The dragons hadn't been able to defeat the humans, but humans had mainly spent the third book defending the territory they'd gained in the second book. There was no negotiated peace, only an equilibrium. The humans could hold off the dragons, but, realistically, the next step would be for the humans to expand the war. I wonder what Burke, the human leader, would do next. He was always planning and plotting. He wasn't going to be content holding onto one town. What was his next target? How would the dragons react once they were the targets of aggression?

Third, I'd hinted at creatures that lived on the other side of the Haunted Mountains. I'd said there were reptiles living there even bigger and more dangerous than dragons. I'd also established in my trilogy that the Bitterwood universe dragons knew all about dinosaurs, and regarded the thunder lizards as their ancestors. Were there somehow dinosaurs living beyond the mountains? Why? How did they get there?

These questions percolated in the back of my mind for several years. I moved on to other projects. I wrote four books in the Dragon Apocalypse series. Five superhero novels came out, a steampunk Wizard of Oz tribute called Bad Wizard, and two collections of short stories. As intriguing as it was to return to the Bitterwood universe, I had so many ideas to write about I just didn't see when I'd find time.

Then, in February of 2017, I went on a writers retreat with fellow authors Stuart Jaffe, Gray Rinehart, and Edmund Schubert. The goal of the retreat wasn't to actually write, but to brainstorm and plan. We'd go in with undeveloped ideas about novels we might write, bat them around for a bit, ask hard questions, and leave with a clear concept for a book to write.

I went up fully intending to talk about superheroes, and maybe delve into a little urban fantasy. Instead, I almost immediately went into my pitch for a novel where dragons battled dinosaurs. I even had a vision of where the dinosaurs came from. In my original trilogy, I'd established a technology known as "underspace gates," that let people instantaneously travel through between remote points in space. But, if a gate malfunctioned, could it also permit travel between remote points in time? Once I knew the dinosaurs were coming out of some sort of portal, I knew the title, Dragonsgate, and I also knew it wouldn't be a single novel, but a new trilogy. The first book would be set in the Bitterwood universe where characters from the original series would have to deal with all these dinosaurs. The second book would take a core group of characters through the gate into the world beyond for an adventure in a fresh setting. The third book would, as a consequence of events that take place on the other side of the gate, lead to an ultimate, final resolution in the larger war between mankind and dragons.

Dragonsgate does continue the Bitterwood saga, but I'm not marketing it as Bitterwood books 4-6. It's Dragonsgate 1-3, and my current plan is for the subtitles to be Devils, Spirits, and Angels. I've got fresh and exciting character arcs that will play out for existing characters, plus a whole slew of new characters like Tellico the Swamp Devil, Zaline the Salt Queen, Commander Elspeth Howell, and a earth-dragon entrepreneur named Bigmouth. I need these new characters in part because a new beginning means that no one from the previous trilogy is safe. Whoever is in charge of carving tombstones near Dragon Forge is going to be making a very good living by the end of the first book.

I promise, if nothing else, this will be the best dragons fighting dinosaurs novel you'll read all year. And it's available now! The link that follows will take you to Amazon, but it's everywhere, man! Apple, Google, Nook, Kobo. Get yours today!

Not too wise, bro.
You're playing with fire.
Literally.
When you perish, if you havent loved
God and loved the po' in this finite
existence, and played that worthless
demonic game, I fear for thy soul.
Solution? Repent/believe. We cannot
diss God or one day we shall pay-up.
---> Wouldnt it be a blastNhalf to
have them monstersNdemons on some
other planet, living for eternity in
Seventh-Heaven N defeating them??
You can. REPENT!!! Kneel at the side
O bed. Say something, 'Jesus, You're my only hope. I promise not to get
involved in demon worship by playing
D&D or whatever anymoe. I know that
You have set a limit on my life and
I honor that. I repent now N give my
life to You. Amen' GBY