As expected, the Hillsborough Comics Fair ate up most of my time this past week. No new fiction, most of what I'm counting as writing is a blog post and a lot of social media posts promoting the event. I normally count blogs posts, but don't count, say, a Facebook post, but these were fairly chunky posts hyping several features of the event like the cosplay contest. Oh, and I'm counting typing up the rules for the cosplay contest and creating an entry form and judges form.

Tomorrow I'm doing a 50ish mile bike ride from Anderson Point Park in Raleigh all the way back to near the Southpoint Mall in Durham, so that's going to chew up tomorrow. I'll probably be brain dead Tuesday after the ride, and Thursday I'll be packing up to head for ConCarolinas, so I won't get a lot of writing done this week either. Still, I'm optimistic that I'll be well over 200,000 words by the end of June, probably in the range of 230,000 words, which leaves me positioned to get back on track over the summer, when my cons aren't quite as stacked up as they've been in recent weeks (and won't be requiring quite as much travel).

It was totally worth it to take the time to plan the Comics Fair. Our best estimate is that over 200 people came to the event, and it might have been closer to 300 people. There were a lot of kids, which was exciting. A lot of the cons I go to are really focused on nerdy adults, which is great for me since that's my target reader. But, since this was a free event at the library, the proportion of younger kids was a real thrill. It felt good to contribute to the future nerds of America.

Luckily, my friend Calvin Powers came by and snapped some pics! Here's some of what you might have missed if you didn't make it yesterday! 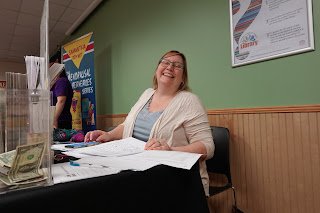 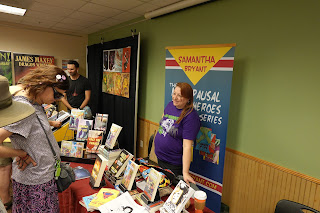 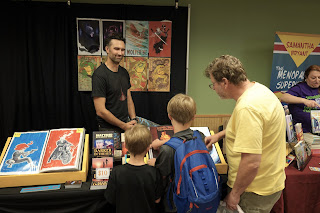 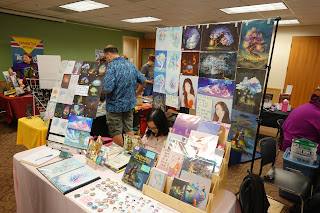 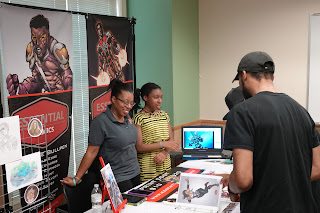 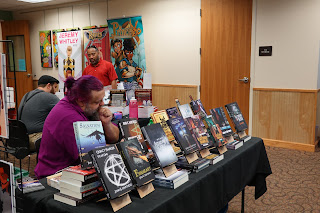 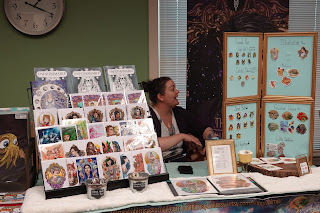 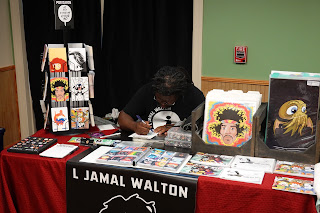 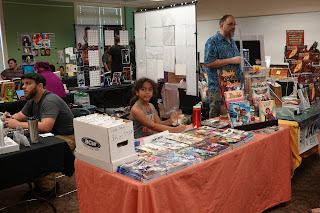 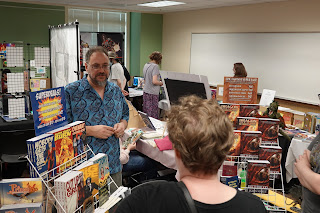 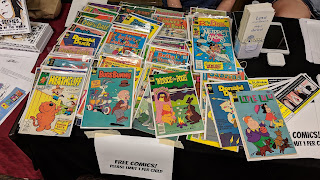 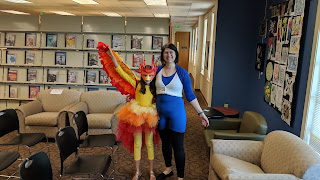 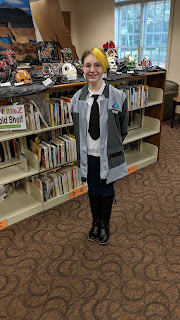