Hey! I did some covers!

Stephen Euin Cobb and I have been doing panels together at conventions since probably 2003. He's the guy behind "The Future and You" podcast and I always look forward to going to dinner with him each year at ConCarolinas. He's a big old science geek, and, as you might expect, when he does write science fiction, he writes it hard. I've read his novel Bones Burnt Black and feel like it's an underrated gem of the genre. There's a mechanic who's been thrown from the ship following an explosion of the fuel tank. She's in a suit leaking air, with her tether severed, and a head injury that's stripped out her memory of how she got stranded in the void. She has to figure out how to get back on to the ship, which is damaged and tumbling toward the sun. Oh, and there's a killer aboard the ship murdering the crew one by one. Even if they figure out who the killer is, it doesn't change the hard orbital equations that there's no way to avoid certain death once the crippled ship's new orbit takes them so close to the sun they're all going to be burnt to ash. To call this novel a page-turner is an understatement.

Last year, I started talking to Stephen about it and seriously considered reprinting the book under the Word Balloon Books imprint I use for my own titles. In the end, I decided I should keep focused on my own publishing efforts, but by then I'd already been daydreaming about how I'd redesign the cover. So, here it is! (click on the links below the covers to be taken to Amazon) 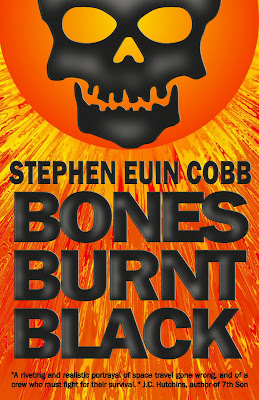 Stephen has two more novels, and while I haven't read them, I learned enough about them that I went ahead and designed covers for them as well so that all three books would share as similar visual style. 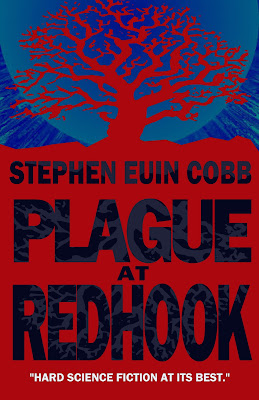 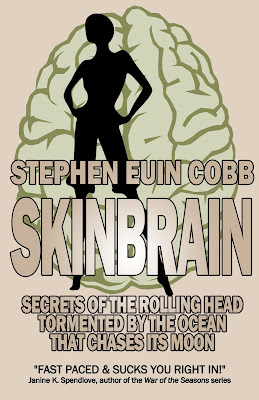 These are the first covers I've ever designed for another author, but hopefully they won't be the last. My years of experience selling books directly at conventions has helped me learn what catches the eyes of potential readers when they see the book in print, but that also works as a tiny thumbnail on Amazon. So, if you're an artist looking for a cover designer, drop me a line!

Are you tired of being human, having talented brain turning to a vampire in a good posture in ten minutes, Do you want to have power and influence over others, To be charming and desirable, To have wealth, health, without delaying in a good human posture and becoming an immortal? If yes, these your chance. It's a world of vampire where life get easier,We have made so many persons vampires and have turned them rich, You will assured long life and prosperity, You shall be made to be very sensitive to mental alertness, Stronger and also very fast, You will not be restricted to walking at night only even at the very middle of broad day light you will be made to walk, This is an opportunity to have the human vampire virus to perform in a good posture. If you are interested contact us on Vampirelord7878@gmail.com

One of the biggest misunderstandings that guitar teachers have is thinking that the number of guitar students they have relates to how successful they are in their guitar teaching business. Jone Ruiz Guitar

We have been providing North York plumbing service for homes and businesses.OUR Services are- Plumbers in East York

,Reliable plumber near me &,plumber-in-york.