A Year of Conventions, Hardcovers 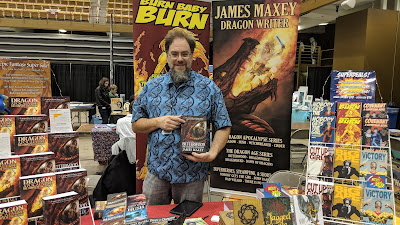 2018 was my busiest year ever for conventions. I did more events in 2018 as Piedmont Laureate, but those were mostly workshops, readings, and panels. While the workshops required a lot of advance work, for the most part the actual events only lasted an hour or two, and all events were confined to within an hour of my house. This year, I travelled as far away as Kentucky and many of the events were multi-day affairs like the Louisville Supercon, three days of sales, plus two days of travel. With 18 events under my belt for the year, I'm in a strange space between completely burned out and extremely invigorated.

The burn out is obvious. I essentially run a travelling book store. Every event requires a lot of set up and breakdown, plus there's the accounting hassles of trying to keep up with sales taxes in different jurisdictions, keeping up with mileage and receipts, and the headache of keeping up with stock. As great as it would be to just order several hundred copies of each title I sell in one big order at the beginning of the year, the reality is that I only have so much space available for storage. Our spare bedroom is already stuffed with cases of books. I also can never be quite certain what's going to sell at a convention. At most events, my big dragon books are my best sellers, so I normally keep a stock level of at least two cases of each title. But, I've also done events where my dragon books get ignored while I sell out of superhero titles. If I had some crystal ball to know how much of each title to bring to an event, it would make my life a lot easier. It's depressing to cart home full cases of titles, and a little stressful wondering if I might have sold more if I hadn't run out of a title.

While there's a lot of work and planning going into the events, I'm also invigorated by them. Today, online, I've sold about twenty books. This isn't bad, but it's happening in the background and doesn't carry a lot of emotional weight. But, at a convention if I sell twenty books in a day,it's a rush! My last sales day of the year, December 2 at Louisville Supercon, I sold 32 books, and probably interacted with close to a hundred people in order to make these sales. This much socializing really helps keep an introvert like me from withdrawing completely into my own head.

Some of my favorite encounters at a con are with people who don't even buy my books. I keep little toy dragons at my table, plastic, about two inches long, and I give them free to little kids drawn to my booth by the colorful images. I gave one to a little girl maybe six years old at my last con and saw her walk back down the aisle an hour later holding the dragon in front of her swooping it up and down like it was flying. That made my day. I've also had very geeky conversations about obscure superheroes, gotten to talk with readers about books we had in common, and heard some terrible, terrible jokes. I was giving my pitch to a guy about Bad Wizard, my steampunk Oz novel that involves that essential steampunk mode of transport, the rigid airship. The guy asked, very deadpan, if I knew why Zeppelins were no longer economical to fly. I said I didn't know, and he said, still deadpan, "They're prone to inflation."

This year has come with something of a learning curve. I've spent a lot of time tweaking marketing material like banners and business cards, and refreshed covers on a couple of books. I've also started adding hardcovers to my line up, and have definitely sold enough to make it worth the effort I put into getting them set up. 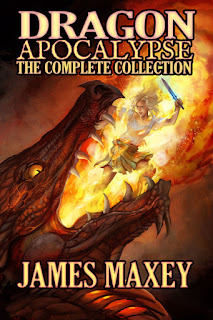 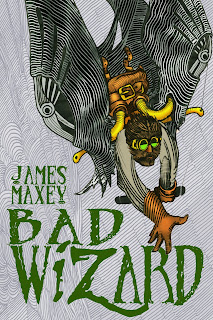 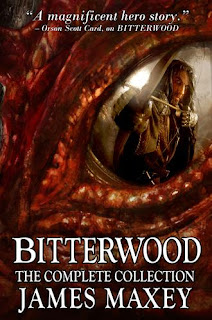 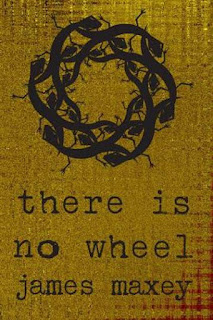 Right now, I've got the four titles above available in hardcover. The two dragon books were obvious choices to put out in this premium format. There is No Wheel is the least obvious choice here, since it's a slow seller online, but it actually sells quite well at conventions. Bad Wizard also does well at conventions, and it captures a lot of readers who are only marginally interested in science fiction and fantasy. Many of these readers like the hardcover format.

Long term, I plan to do a superhero collection called The Complete Nobody, and another collecting my Lawless series. But, first, I need to write a fourth book for each series. I'll also probably do a Dragonsgate collection once I finish that series, and already have in mind a deluxe short story collection that would combine all the stories in There is No Wheel, the Jagged Gate, and new stories I've written since those were published. Some of these are likely to see life in 2019, some probably won't become reality until 2020.

Or, come buy them from me personally next year! I've already got close to a dozen events lined up, most in North Carolina, but with Virginia and South Carolina getting visits as well, and I'll probably do at least one Tennessee event again as well. Want to know where I'll be and when I'll be there? Sign up for my newsletter!

Sounds like an awesome year! And I can commiserate with the whole 'setting up, breaking down, right/wrong stock' conundrum as before this year I was doing the local arts & crafts gigs including the Christmas faires. All I can say to that is thank goodness I took 2018 off (and that a couple I felt REQUIRED to do were cancelled). And I didn't know you were Piedmont Laureate, how cool! I grew up in Greensboro (I think I've mentioned this in another conversation) and didn't even know we had a laureate! So congrats on that! For, um, the last 18 days of your term at least! Happy New Year and remember: Book 4's in 2019 for sure!

Thanks, Ziggy! Christmas faires! I know about them, but until now I hadn't thought about maybe trying to sell books at one, so thanks for making me think about a potential new market. In 2019 I'll be doing a Robotic Rodeo and a Ren Faire (Festival of Legends), as I try new stuff to pursue new readers.

The Piedmont Laureate program is only 10 years old, and actually doesn't cover Greensboro. It's the arts councils of Orange County, Durham, and Wake County. I was the laureate for 2015 and spoke mostly at libraries, but also at museums and city and county government meetings.

The book four I have in mind for the Nobody series will be called Nobody Nowhere and it will actually be a super-crossover novel. A few years ago I attempted to organize a crossover novel among a few indy superhero authors, but the logistics were daunting. Now that I write two superhero series set in different worlds (three if you count my Dragon Apocalypse novels) I can cut through some of the legal and organizational paperwork just by doing a crossover between my various worlds! Plus, listening to Nobody and Burn Baby Burn as they're being recorded for audio has really stirred my imagination with these characters once more.