The ebook edition of Kaiju Rising: Age of Monsters is now available for purchase. 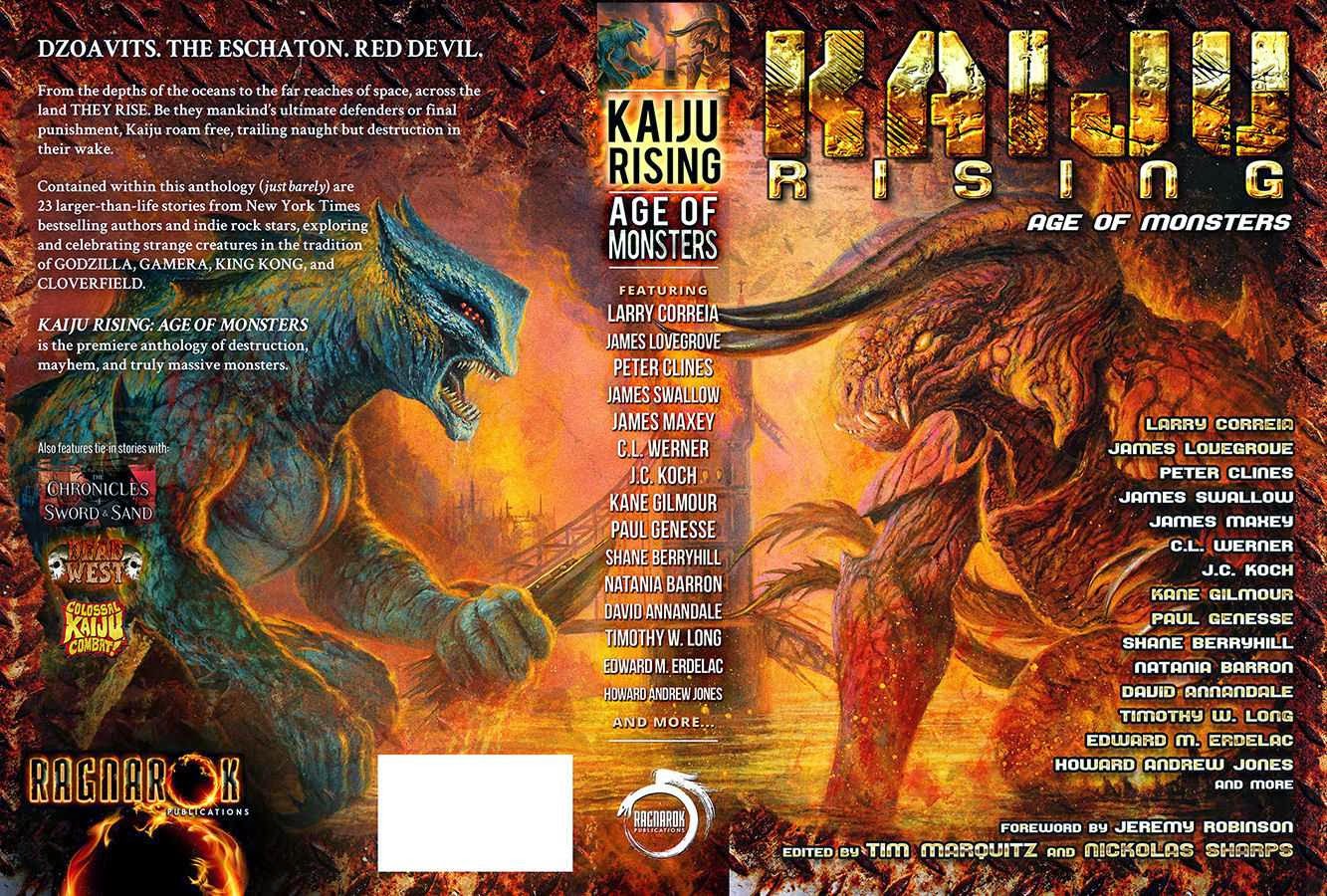 KAIJU RISING: Age of Monsters is a collection of 23 stories focused around the theme of strange creatures in the vein of Pacific Rim, Godzilla, Cloverfield, and more. The anthology opens with a foreword by JEREMY ROBINSON, author of Project Nemesis, the highest selling Kaiju novel in the United States since the old Godzilla books—and perhaps even more than those. Then, from New York Times bestsellers to indie darlings KAIJU RISING: Age of Monsters features authors that are perfectly suited for writing larger than life stories, including:

My story in the book is Fall of Babylon. Instead of drawing on monster movies for inspiration, I retell the Book of Revelation as a Kaiju battle, with the Lamb of God, the Whore of Babylon, and the Old Great Dragon duking it out on the streets of Manhattan. A good time is had by all, except those who are slaughtered by the Four Horsemen and the 200 million angels charged with killing a third of mankind. It's the end times as you've never seen them before. Buy today!﻿
Posted by James Maxey at 2:25 AM