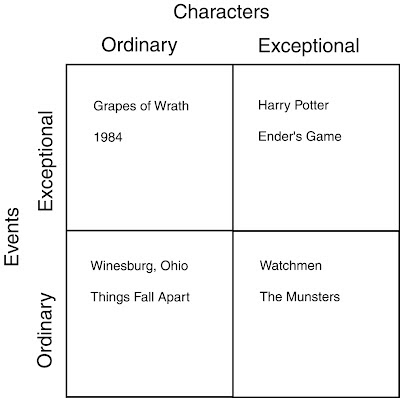 Feel free to dispute! Or, if you can think of novels that fit in the exceptional characters/ordinary events box, let me know.
Posted by James Maxey at 5:09 AM

Thanks for this post! Here's another way of looking at it -- Vonnegut plotting the shapes of stories on an x-y graph:

Quite challenging but its helpful and can learn from it.
auto glass ga