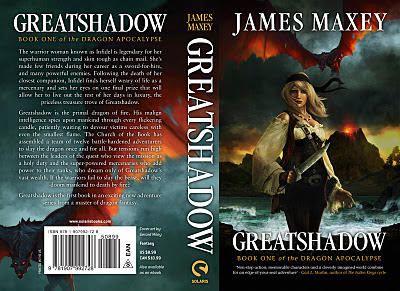 Greatshadow is now available for preorder on Amazon! But, for followers of my blog, if you're willing to write a review on Amazon, Barnes and Noble, or Goodreads, and don't want to wait until January 31 to get your hands on a copy, drop me a line at nobodynovelwriter(at)yahoo.com. I have ebook editions available now, and will soon have a small supply of actual books.
Posted by James Maxey at 4:36 PM