HUSH IS FINISHED! Also, a peek at the cover... 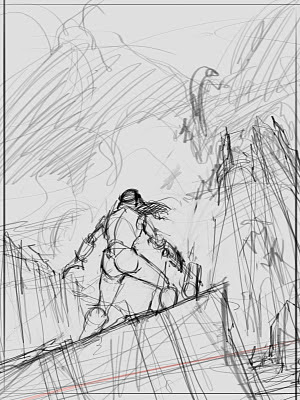 Woohoo! I just emailed Jonathon Oliver at Solaris Books with my complete draft of Hush, the second book of the Dragon Apocalypse! I started working on Hush around the first of March, so it's taken eight months to bring it to fruition. At one time, eight months would have seemed pretty fast, though having cranked out Burn Baby Burn in a week, the pace seems a bit laid back.

Of course, writing an epic fantasy is a LOT more labor intensive than writing a superhero novel. For epic fantasy, you have to create every last aspect of the universe. With a superhero novel set in modern times, I don't need to stop and spend two pages describing Richmond, Virginia, or explaining how a car works. On the other hand, to create my fictional city of Commonground I have to devote thousands of words and figure out all sorts of mundane bits like where people get thier food, what they do with corpses, who makes the clothing, etc. And in Hush the heroes travel around the world (and several chapter outside the world) via clipper ship, a vessel that also comes with a high word count to make it vivid and plausible. I'm not complaining about this extra work, mind you. Indeed, it's one of the most entertaining aspects of writing fiction to try to bring to life unusual settings.

Above is a sneak peek at the cover design for Hush as sketched out by Gerard Miley. I love the action of this sketch and can't wait for the finished product!

For most of November, I'll be taking a break from producing new fiction. I'm getting married November 11, so that's obviously where my time and energy will be devoted for the next couple of weeks. But, I do promise a few blog posts during this time, and hope to have a big announcement in the next few days regarding Burn Baby Burn.
Posted by James Maxey at 6:25 PM

Congrats on all your good news, James!

And is that supposed to be Infidel wielding The Hammer?

Cathy, it kind of looks like a hammer, doesn't it? But, I will neither confirm nor deny the identity of the weapon or its wielder until Greatshadow hits the market. Don't want to introduce any accidental spoilers.

Congrats James!!! Send me an email, I no longer have yours on file. Nadia.Cornier@gmail.com