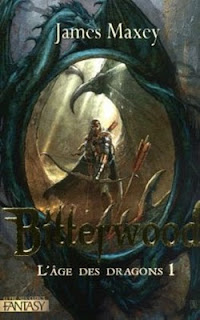 CC: Yes I'm translating Dragonforge right now actually. I do enjoy the way your characters are evolving and am curious to see how they will do in the last book. I hope I will get to translate that one too!
JM: Great! I'm happy to hear it. The book's in good hands.
Posted by James Maxey at 9:06 AM

Awesome. A lot of the authors that I read from publish first in a different language. EX: Cornelia Funke

One of my favorite novels is The Stranger by Albert Camus. It's interesting that books can still have such an impact outside their original language and culture.